What is RFID labeling?

RFID is a simple wireless system, with only two basic devices, the system is used to control, detect and track objects. The system consists of an interrogator (or reader) and many transponders (or tags).

This passage is going to talk about the followings of RFID labeling:

1) What are the basic components of RFID?

2) What is the basic working principle of RFID technology?

3) What makes retailers so respected RFID? 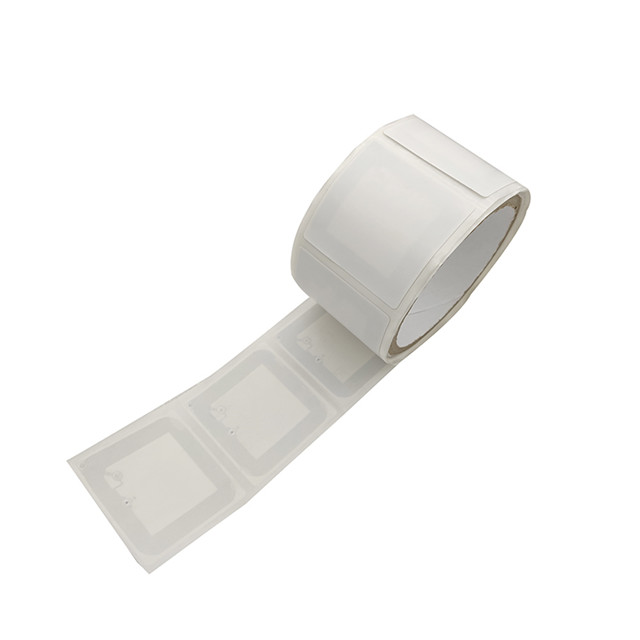 1) What are the basic components of RFID?

Tags (Tag): consisting of coupling elements and chips, each tag has a unique electronic code that is attached to the object to identify the target object.

Reader (Reader): the device that reads (and sometimes writes) the tag information, and can be designed as a handheld or fixed.

Antenna (Antenna): in the tag and the reader between the transmission of radio frequency signals.

2) What is the basic working principle of RFID technology?

The basic working principle of RFID technology is not complicated: the tag enters the magnetic field, receives the radio frequency signal from the reader, and sends the product information stored in the chip (Passive Tag, passive tag or passive tag) by virtue of the energy obtained from the induction current, or actively sends a signal of a certain frequency (Active Tag, active tag or active tag); the reader reads the information and decodes it, and then sends it to the central information system for relevant data processing.

A complete RFID system, is composed of a reader (Reader) and electronic tags (TAG) is also known as the transponder (Transponder) and application software system of three parts, its working principle is the Reader to transmit a specific frequency of radio wave energy to the Transponder, used to drive the Transponder circuit will be sent out of the internal data, then the Reader will receive in order to interpret the data, sent to the application to do the corresponding processing.

RFID card readers and electronic tags between the communication and energy sensing method can be broadly divided into, induction coupling (Inductive Coupling) and backward scattering coupling (Backscatter Coupling) two, the general low-frequency RFID mostly use the first type, while the higher frequency mostly use the second way.

Readers can be read or read/write devices depending on the structure and technology used, is the RFID system information control and processing center. Readers are usually composed of coupling module, transceiver module, control module and interface unit. The reader and transponder generally use half-duplex communication for information exchange between them, while the reader provides energy and timing to the passive transponder through coupling. In practical applications, management functions such as collection, processing and remote transmission of object identification information can be further realized through Ethernet or WLAN. The transponder is the information carrier of the RFID system. At present, most of the transponders are passive units composed of coupling elements (coils, microstrip antennas, etc.) and microchips.

3) What makes retailers so respected RFID?

Retail analysts at Sanford C. Bernstein estimate that Wal-Mart could save $8.35 billion a year by adopting RFID, much of it because of the labor cost savings from not having to manually check incoming bar codes. While other analysts think the $8 billion figure is overly optimistic, there is no doubt that RFID helps solve two of retail's biggest challenges: merchandise outages and shrinkage (products lost to theft and supply chain churn), and theft alone now costs Wal-Mart almost $2 billion a year, and if a legitimate business could reach that figure in turnover, it could be on the ranked 694th in the list of the 1000 largest companies in the United States. Researchers estimate that this RFID technology could help reduce theft and inventory levels by 25 percent.

RFID
Your message will be replied in 10 minutes at working time.